Cookies
Cookies are small text files created by a web browser when a user visits a website. Cookies are stored on your device. Some cookies are only stored for the duration of your site visit whilst others are stored for longer periods of time. The information stored in a cookie is transferred between a website and the browser to provide enhanced functionality and improve the user experience when using the website. Komatsu may collect certain information such as browser type and operating system through the use of cookies to improve your experience. You acknowledge this by using our website.
I Agree Privacy Policy
×
Friday, 04 December 2015 11:50

Crowds at Summernats witnessed a first in the event’s history, as Red Bull Racing Australia’s Jamie Whincup treated them to a colourful burnout performance at Exhibition Park in Canberra, the first time a V8 Supercar has made an appearance at the legendary event. 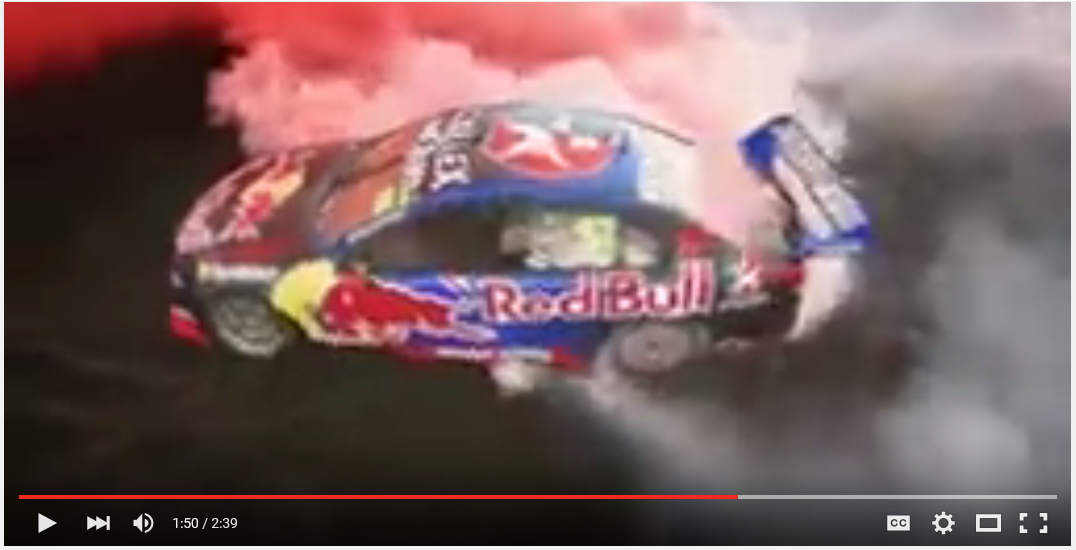 The high octane, extreme auto action Summernats festival was the perfect place for the six-time V8 Supercars Champion to give fans the very first glimpse of the Red Bull Racing Australia 2016 livery in the flesh.

“I had never been to Summernats before today, believe it or not! I love fast cars more than anything, so it’s my kettle of fish. Canberra turned on a cracking day” said Whincup.

Whincup led the opening parade before burning some serious rubber in the Burnout Masters category. Getting behind the wheel of the No.88 Holden Commodore for the first time in 2016, Whincup painted the town red and blue with the Red Bull Racing Australia team putting on an impressive performance, including a mid-show pit stop stunt.

“Hopefully everyone enjoyed seeing the livery first hand, it was great to get behind the wheel and have some fun after three weeks off” said Whincup.

After a successful launch earlier in the week, Whincup, alongside Craig Lowndes and new teammate Shane Van Gisbergen, made for some laughs announcing the new livery as ‘J-Dub’, ‘Cappy’ and ‘Gizzy’ in their latest video instalment.

“In my personal opinion the latest clip is the best yet. You already have two clowns running around, the addition of Gizzy as the third person means more fun and trouble” said Whincup.

After a strong finish to the 2015 season, which saw him claim podium finishes in the last nine races of the year, Whincup is feeling confident and has his sights set on the 2016 Drivers Championship Trophy.

“I have just come off a break and I am feeling fresh and ready ahead of the season. The competition steps up every year, I am looking forward to bouncing back” said Whincup.

The Red Bull Racing Australia bulls are ready to charge into the 2016 V8 Supercars season which kicks off 3 March in Adelaide at the Clipsal 500.

Read 209 times Last modified on Thursday, 01 April 2021 01:56
Tweet
Published in News
Tagged under
More in this category: « Watch Out For Your Mates Sydney Branch Open Day »
back to top