Cookies
Cookies are small text files created by a web browser when a user visits a website. Cookies are stored on your device. Some cookies are only stored for the duration of your site visit whilst others are stored for longer periods of time. The information stored in a cookie is transferred between a website and the browser to provide enhanced functionality and improve the user experience when using the website. Komatsu may collect certain information such as browser type and operating system through the use of cookies to improve your experience. You acknowledge this by using our website.
I Agree Privacy Policy
×
Monday, 30 January 2017 04:11

Komatsu On Board With Red Bull Racing - Jan 2017 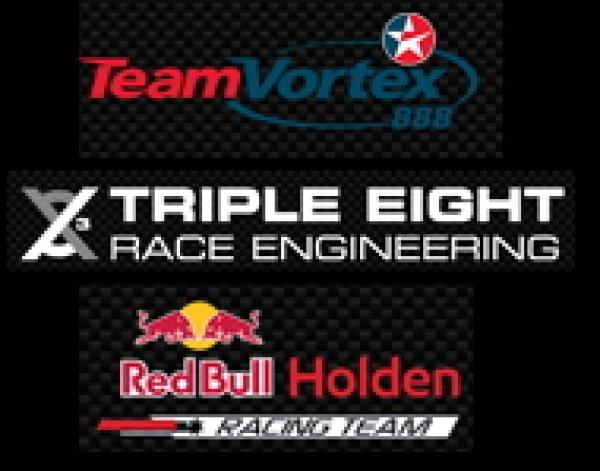 Komatsu Forklift Australia will partner with Triple Eight Race Engineering for the tenth consecutive year in 2017.

Racing legend Craig Lowndes has pulled the covers off his TeamVortex Commodore, revealing a fresh new look for the 2017 Supercars season.

After finishing fourth in the 2016 championship with two race wins, TeamVortex heads into its second year in the category with eyes firmly fixed on the championship title.

“Last year was all about getting the formula right,” said six-time Bathurst 1000 winner Lowndes.

“This year we can apply all that we learned last year and focus on getting consistent results. I have got a very strong team behind me and I’m really excited to continue developing that relationship with Irish (John McGregor, Race Engineer). He obviously engineered me for the last few races in 2016 and did a fantastic job, so I’ve no doubt that we’ll only get better together with time.”

“I was surprised when I saw the car at first, it’s so different to last year,” said Lowndes.

“I really can’t wait to get it on track; I think it will have a great presence. It all ties together really well – the team merchandise, my suit, the car, it’s all got a great look.”

TeamVortex is proud to move into the New Year continuing successful relationships with a strong portfolio of team partners. The support of Caltex Australia, MTAA Super, Autobarn, GearWrench, CarsGuide, O’Brien AutoGlass, IVECO, Holden and Red Bull allows the team to head into the season stronger than ever.

“To have the continued support of all our team partners is a fantastic confidence boost,” said Lowndes.

“It gives not only me and the crew confidence, but the entire operation. It is proof that we are doing it right, that our team partners have the same passion that we do, and of the strong belief that the sport is really achieving. I thank our team partners for all their support; we couldn’t do it without them.”

Back at the workshop, a brand new Triple Eight-built chassis is well underway for Lowndes, with an expected completion by mid-February.

“The guys and girls have been working hard, as always,” said Lowndes.

“In true Triple Eight fashion we’ve decided to introduce three brand new chassis in the holiday ‘downtime’. There is never a quiet moment; we are always onto the next project!”