Cookies
Cookies are small text files created by a web browser when a user visits a website. Cookies are stored on your device. Some cookies are only stored for the duration of your site visit whilst others are stored for longer periods of time. The information stored in a cookie is transferred between a website and the browser to provide enhanced functionality and improve the user experience when using the website. Komatsu may collect certain information such as browser type and operating system through the use of cookies to improve your experience. You acknowledge this by using our website.
I Agree Privacy Policy
×
Wednesday, 09 January 2019 00:00

Komatsu On Board With Red Bull Racing - Jan 2019 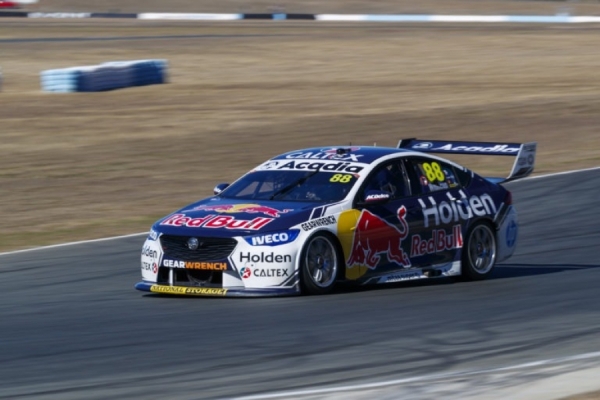 Komatsu Forklift Australia will partner with Triple Eight Race Engineering for the twelfth consecutive year in 2019.

Yes, we know it’s January – but already, the Red Bull Holden Racing Team has had its first victory of 2019. How? By becoming the first team to reveal its livery for the upcoming Supercars season, which featured Craig Lowndes, a Queensland airstrip, and an exciting announcement that added plenty of pop to an early-year sunny Sunday summer’s afternoon in Dalby, a few hours west of Brisbane.

All of six days into his first year of not being a full-time driver in the Supercars game for over 20 years, ‘Lowndesy’ was on hand to unveil the paint scheme on the car set to be driven by Jamie Whincup and Shane van Gisbergen in the Supercars championship this season … and by Lowndes himself (we’ll get to that).

The new livery on the RBHRT ZB Commodore has a revised paint job from the car that SVG took to second place in the 2018 season, and after a series of demonstration runs up and down the airstrip in front of thousands of local fans (and some who came from as far as Darwin), Lowndes, as is his custom, had a wide smile on his face.

Read 1460 times Last modified on Thursday, 01 April 2021 01:55
Tweet
Published in News
Tagged under
More in this category: « Komatsu has been identified as Climate "A" List company by CDP - Jan 2019 Komatsu Selected in the Dow Jones Sustainability Indices - Sep 2019 »
back to top